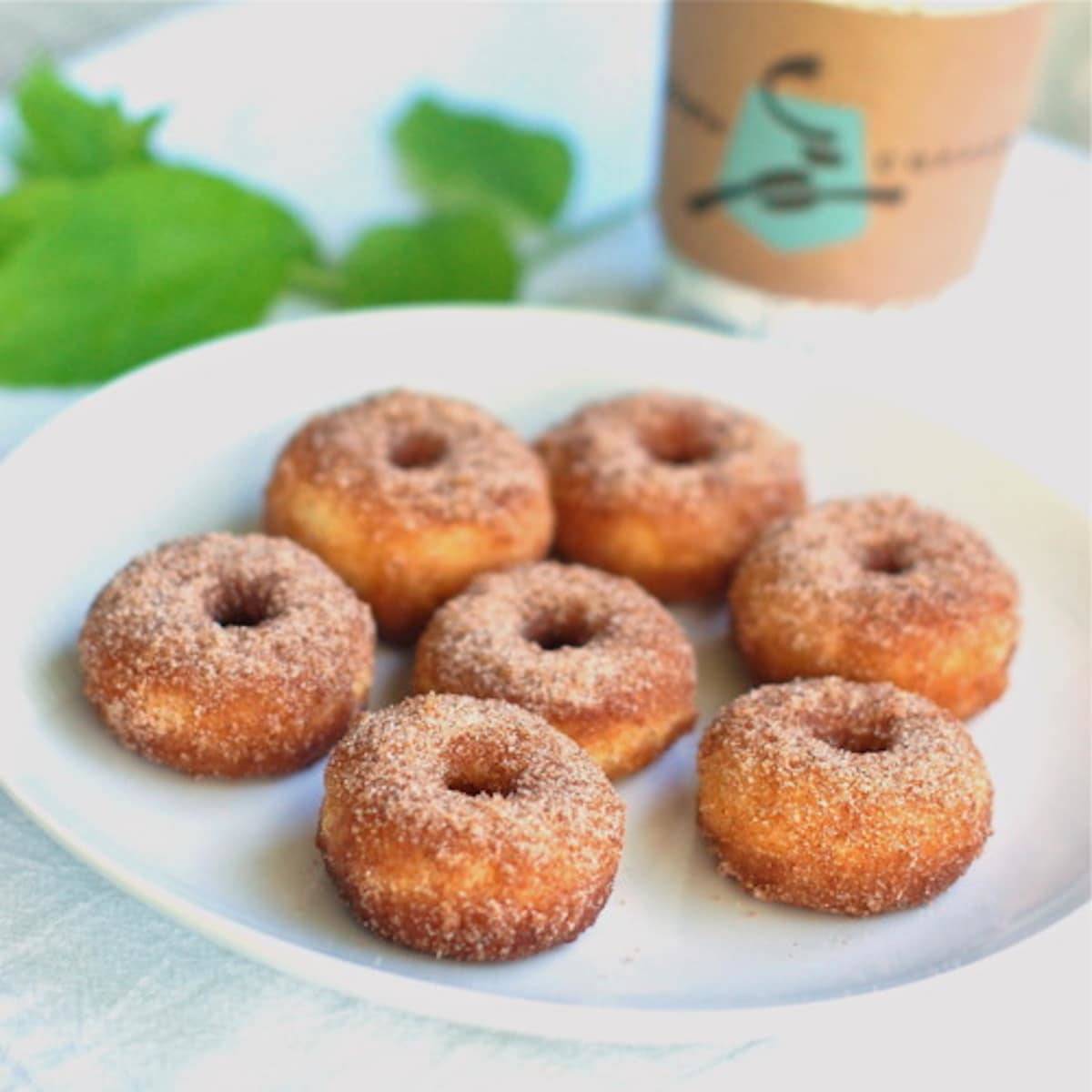 Summer’s almost here (9 days, to be exact – but not like teachers are counting or anything).

Summer’s arrival reminds me that the State Fair is almost here.

And that means that my extreme culinary adventure of deep fried candy bars, pronto pups, fresh juicy peaches (to offset all the fried food), Sweet Martha’s cookies, corn on the cob, and deep fried mini donuts is close at hand.

In an attempt to hold myself over for those freshly fried and dipped cinnamon sugar mini donuts (sigh), I thought I would make some of my own.

Besides my craving for mini donuts, it’s been a while since I put my mini donut pan to use.

Yes, I have a mini donut pan.

Let me tell you something. You need one. Seriously. If you like donuts (duh) and you want to be able to make donuts in 15 minutes flat (no joke), you need to get a mini donut pan. 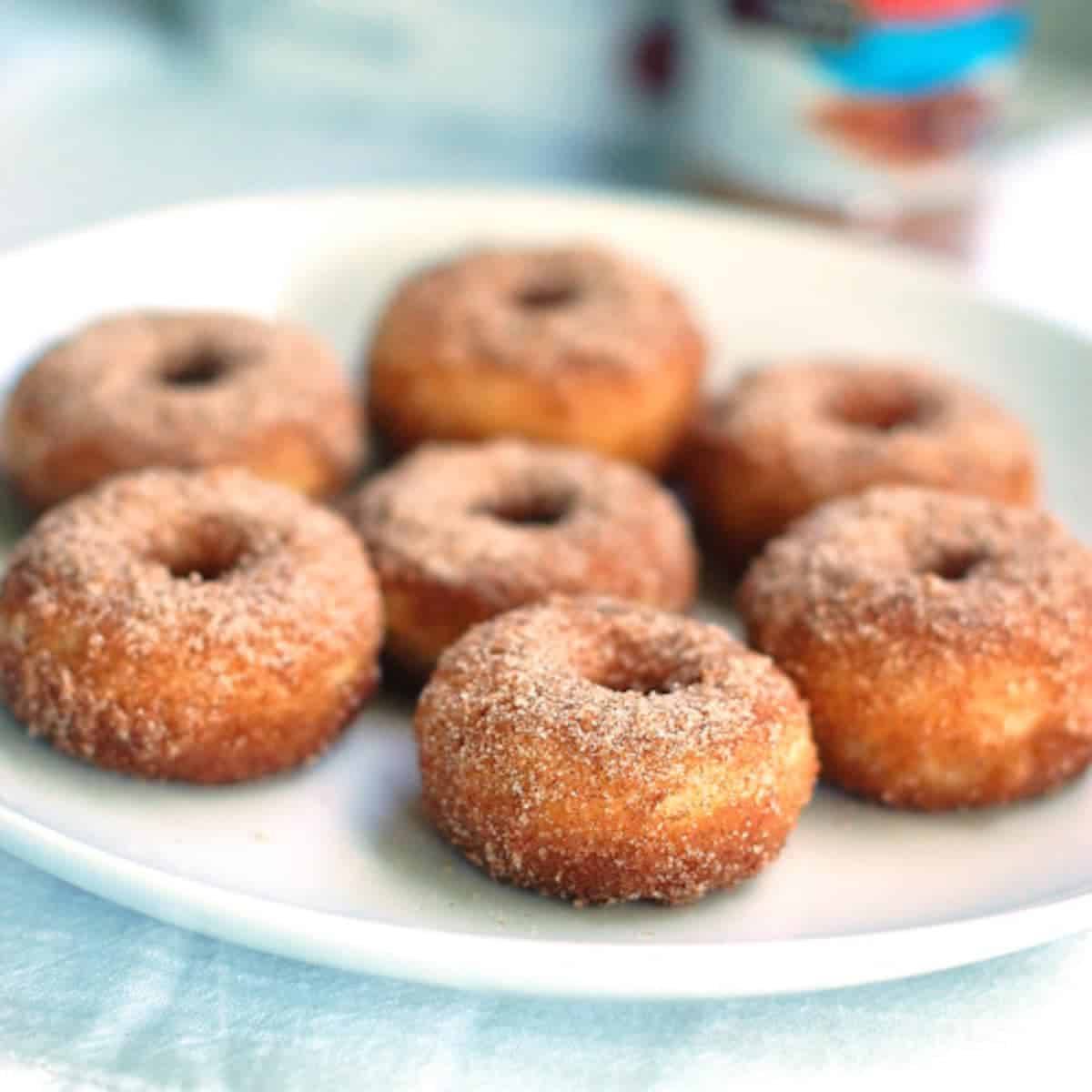 These cinnamon sugar mini donuts are baked, not fried, and rolled in cinnamon sugar. Tastes like the state fair at home! SO yummy.

The most important thing to know is NOT to overfill the mini donut tins! Each little circle should be halfway filled or less. I do this by putting all my batter in a plastic bag and the cutting the tip off so I can neatly squeeze just the amount that I want into each mini donut spot.

Also, compared to other recipes I’ve tried, these mini donuts are very cakey (hence the cake flour). I was a little worried that they were too light for me. But they bulk up a bit when you add the butter and sugar to the outside, obvs. Overall, very tasty!

Not bad for a mini donut that’s half the calories!

But I guess that was before the butter and sugar part.