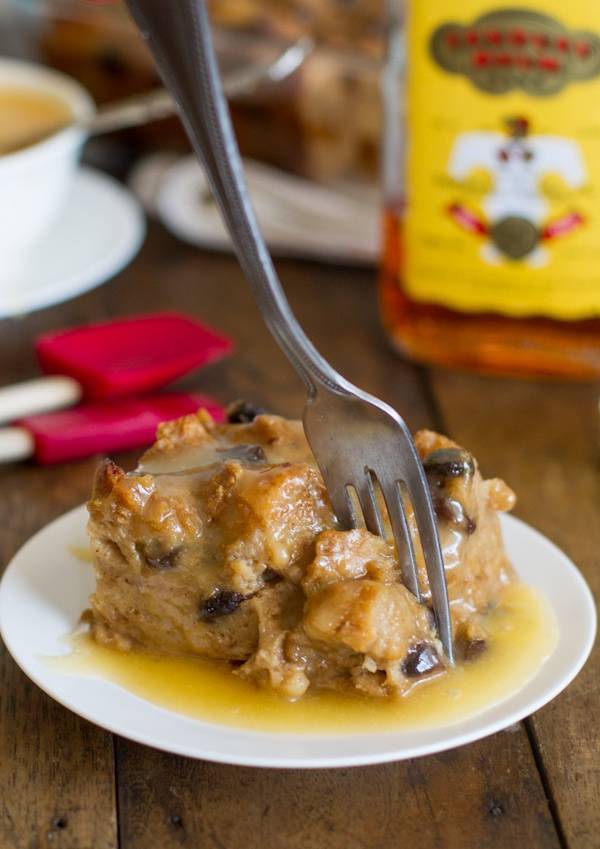 This is one of my favorite breakfast recipes, ever ever ever.

One quick question: is this breakfast? Forget that. In my house, today, it was breakfast. One thing that should never be allowed to happen in the universe is waking up early on a non-work day.

The neighborhood dogs here in the Philippines need a lesson in the rules of the universe because this morning they woke me up at 6am. After laying in bed and thinking villainous thoughts about how to get my hands on a few dog tranquilizers, intermingled with a few spiteful thoughts about how in the world Bjork can sleep through their barking and how he’s getting way more sleep than me which is SO not fair, I decided to get up.

But you know what I always say?

The early bird gets the sauce. 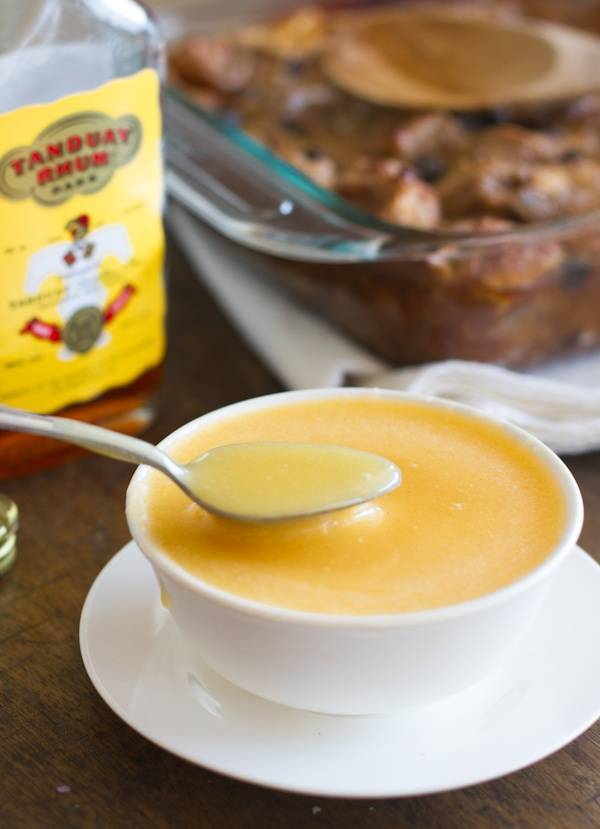 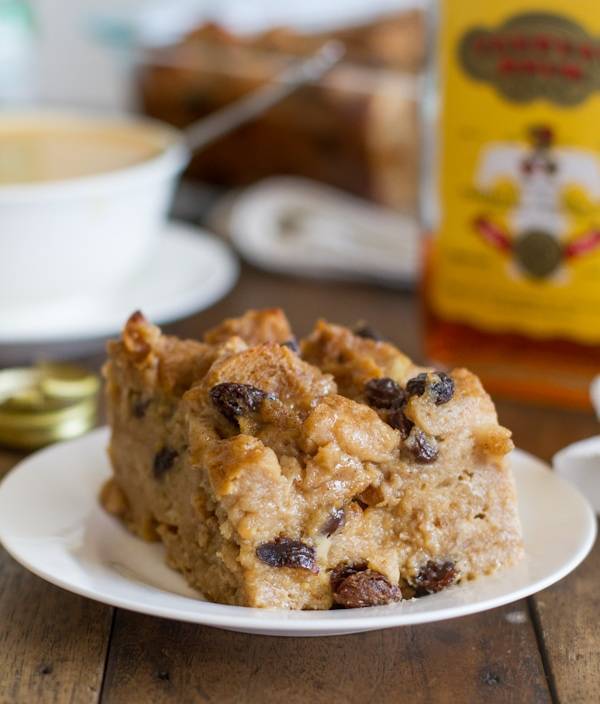 This is the epitome of bread pudding.

It’s so easy, so cozy, and so sticky in a way that can only be good with bread pudding. It’s so filled with juicy rum and butter raisins which I will make an exception for this time, and so perfect for soaking up a little something named Hot Butter Rum Sauce.

Which, in and of itself, makes this recipe worth your while. 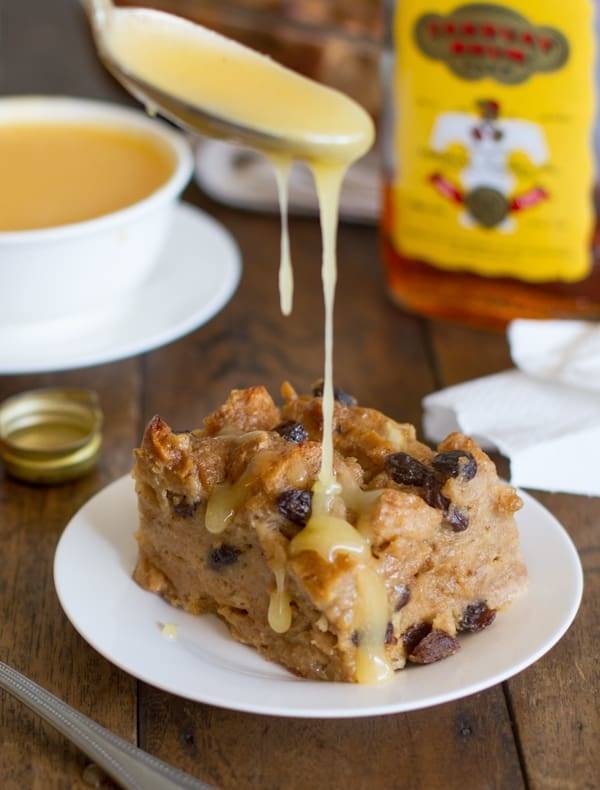 I guess there are a few good things about getting up early and mostly they are delivered on a fork and dripping with sugar. 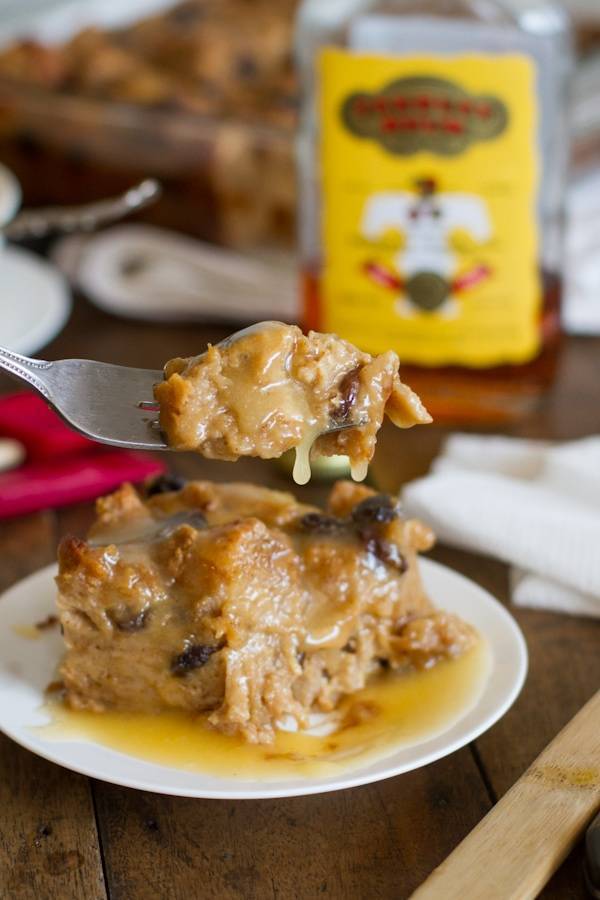 Store leftovers in the fridge and keep the sauce in a separate container. To reheat an individual slice, place it in a bowl with a spoonful of sauce on top and stick it in a 350 degree oven for 5-10 minutes (or a minute in the microwave would work, too). Voila! Saucy and perfect. Also, you could make this in a 9×13 pan but the slices wouldn’t be quite as thick. You can decide if that’s a good thing or not.