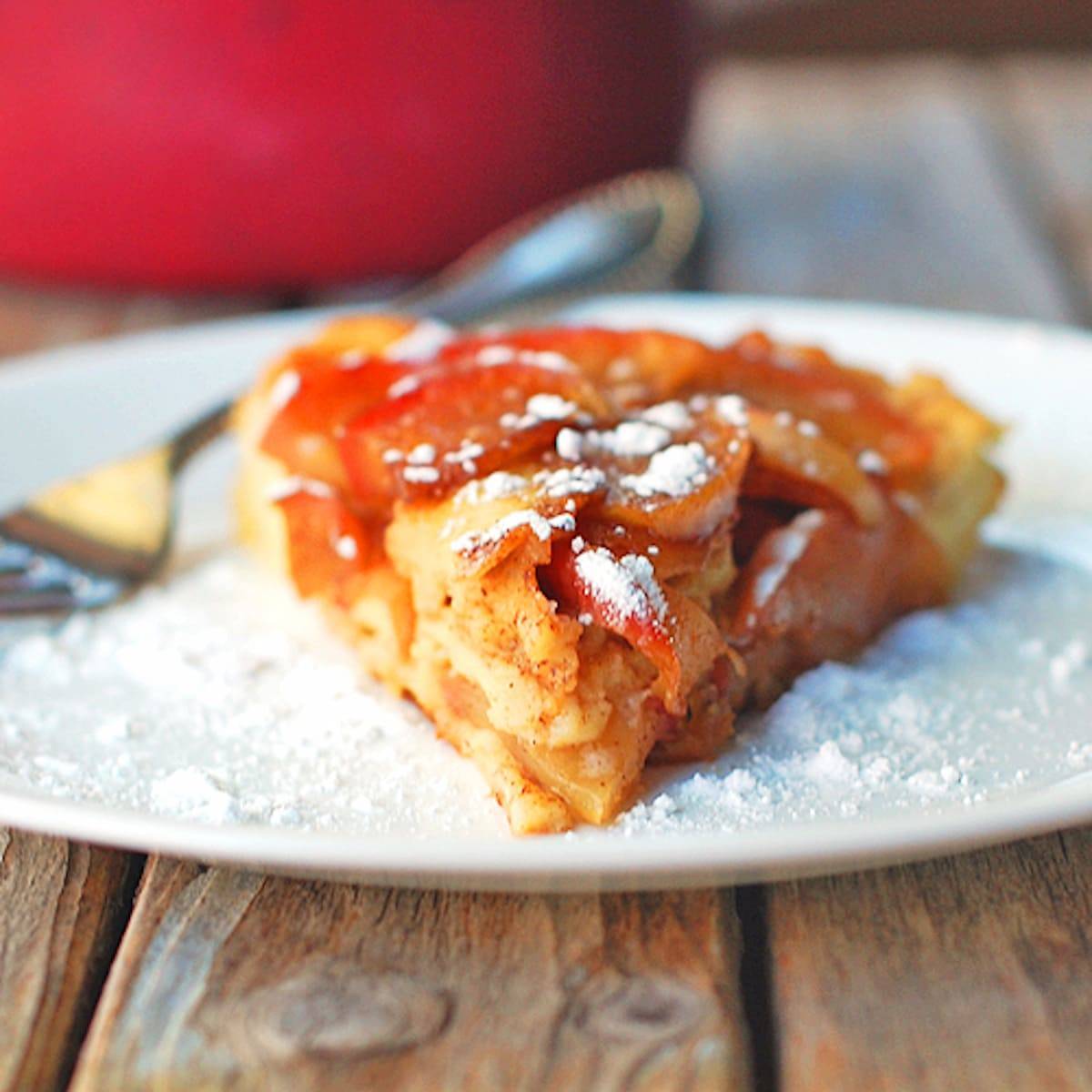 This.Is.Awesome.  And I can’t wait to tell you about the cinnamon sugary apple goodness wrapped in a nice, crepe-like pancake texture and drizzled with the best homemade syrup ever baked apple pancake.

Something awesome happened in my fourth grade classroom this week.  It was this book. What is it about animal stories?  I mean, after reading the dramatic dolphin tale (obviously titled Angels of the Sea) my class erupted into a full-out spontaneous round of applause.

I’m not even lying when I tell you that there were tears shed during this story.   But “don’t worry, Mrs. O, these are tears of joy.” But let’s be honest.  I may have shed a few tears of joy myself the moment that this heavenly baked apple pancake touched my lips.

And then, when powdered sugar was dusted over the cake, and apple cider syrup – the best thing ever invented – was poured over my slice, well, at that point, the tears of joy flowed freely.

Either my dramatic fourth graders are rubbing off on me, or this is one darn good breakfast. Ok, now for the best news of all.

It’s LIGHT!  Well, if you eat the whole thing drowning in syrup, which is what I’d like to do, that isn’t light anymore.  But if you have self control and eat one slice, your skinny jeans will love you!

And if you sneakily eat two extra slices while cleaning up the kitchen?  You’re my best friend. 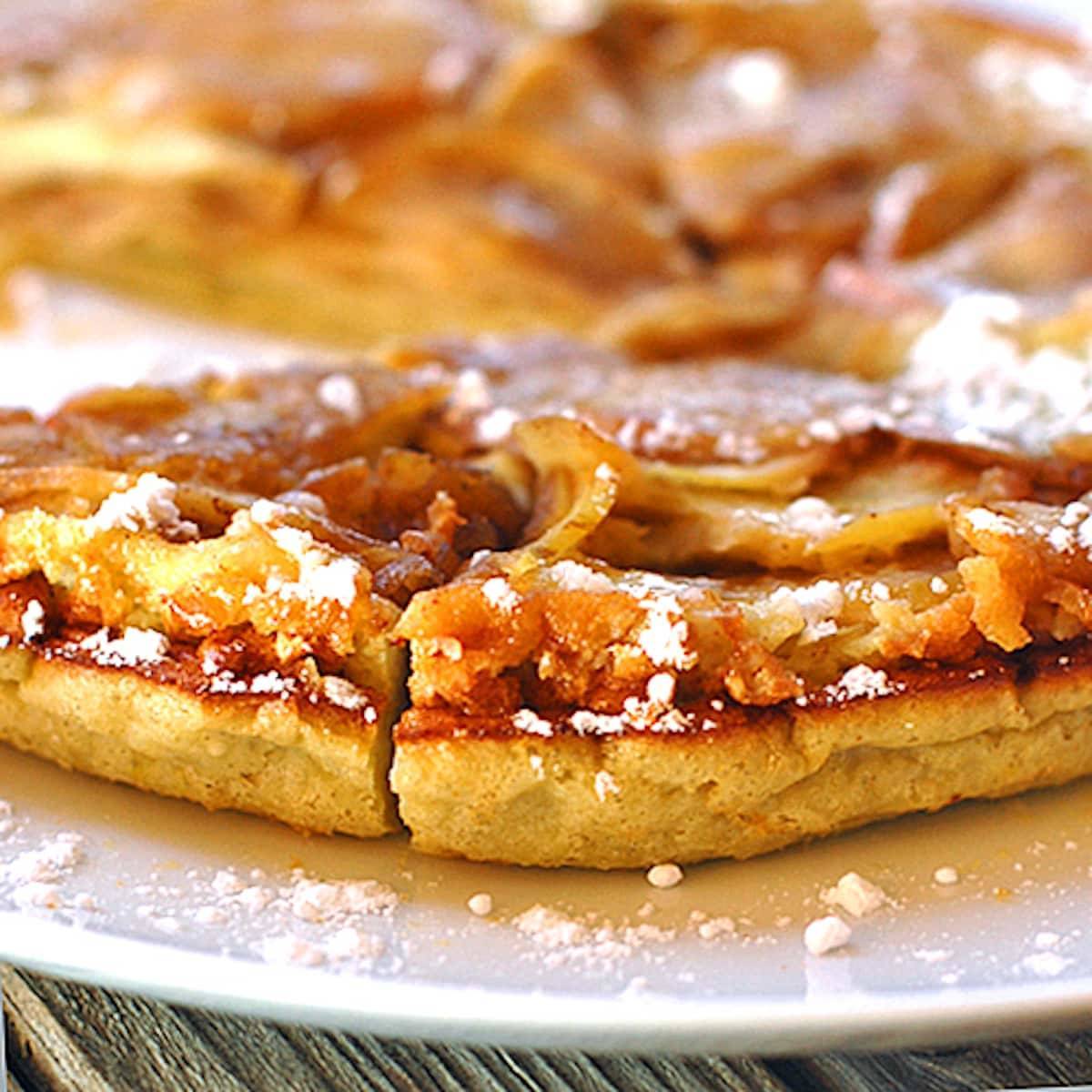 This light baked apple pancake is baked in a cast iron skillet and topped with a homemade apple cider syrup.

-For super thin apples, use a mandoline slicer. It makes for awesome layers.
-I had best results using a pie plate instead of a cast-iron skillet.
-Do not try to add melted butter to the batter. It falls apart. But DO add butter after it’s baked! Yum!

If you are a fourth grade teacher, buy this book.

And if you are not a fourth grade teacher, you still might want to buy the book.  And you will definitely want to make this baked deliciousness and shed a few tears of joy.  It’s therapeutic.